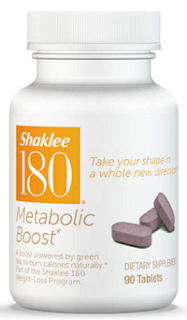 Are you one of those who eats healthy and exercises regularly, but the scale barely moves?
The best kind of weight loss will happen when you're losing fat AND keeping or building muscle at the same time. When that happens, you're getting leaner and losing inches, which means your clothing size may shrink at a faster rate than your weight, which is what you really want!

Lean muscle also keeps your metabolism elevated, which means you're less likely to gain the weight back... and MORE likely to burn more calories, and enjoy life more, through voluntary physical activity.

SO CLOSE SO FAR 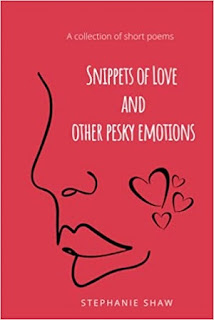 Your breath on my lips

A chasm in my heart

Of a dream unrealised

So close but so far

I could feel you

On the tip of my tongue

And along the edges of my heart

From "Snippets of Love and Other Pesky Emotions", 2022, by Stephanie Shaw. Available from Amazon.

Just between you and me, I love the way Stephanie Shaw's mind works, and how she puts her thoughts into words... love poems, threats of murder or dismemberment, or a humorously self-deprecating bio.

Should I Take a Daily Multivitamin?

By Donovan Baldwin
One of the best, easiest, and most cost effective means of protecting your health, and promoting longevity and vitality, is by the simple act of taking a daily multivitamin.
I am sure, if you are interested in this topic, that you have read or heard official proclamations that most people do not have to take a daily multivitamin, if they are eating a well balanced diet.
That's the first problem. Who, in our society today, consistently eats a well balanced diet?
There are several other reasons for taking a daily multivitamin, and they are covered in an article I've written and posted online. Click the link below to learn more.
Should I Take a Daily Multivitamin?

Madman and the Mist. An Original Poem by Donovan Baldwin

Madman In The Mist

There was once a madman,
Whose anger knew no bounds.
He raged against life
For the pain, fear, and trouble,
It had brought him.

One day, he woke to find a mist,
Wafting in the air outside his door.
Angered, he stepped into the mist,
Intent on driving it away.
Instead, he felt himself enveloped
In a warm and welcome way.

Two soft and gentle arms
Enfolded him,
Comforting and cradling him.

Within the mist he saw a smiling face,
Bright eyes, soft lips,
That offered him a kiss,
And spoke kind words,
Which slowly stilled his anger.

Quietly, his head dropped to rest,
On the soft, warm breast,
Of the vision which held him,
Safe and calm within
The mist.

Those who watched saw only,
The madman drop his arms,
As the rage left his eyes,
While he stood within what seemed,
Just a white and formless mist.

Slowly, the vapor disappeared,
But, the madman remained calm.
Oh, from time to time,
He would again begin to rage,
But, the comforting apparition
Would return,
Leaving him calm and at peace,
Within his heart.

Eventually, even when there was
No apparition to soothe his ire,
Just the thought of the smiling face,
The gentle voice,
Which cooled his fire,
The comforting touch,
As she held him close,
Could drive the madness away.

Madman and the Mist. An Original Poem by Donovan Baldwin

I looked at a duplex to rent and it was a piece of crap, managed by McCaw porperty managment company in Keller, Texas, so I turned it down.

I then rented an apartment with another organization. They sent me a link to set up renter's insurance and security deposit insurance, total over $400, with an organization called RHINO.

RHINO SET MY POLICIES UP FOR THE DUPLEX I HAD LOOKED AT AND REFUSED TO RENT, INSTEAD OF THE APARTMENT I DID RENT. NOW THEY SAY I HAVE TO HAVE PERMISSION FROM MCCAW TO GET MY MONEY BACK, AND, IN THE MEANTIME I HAVE NO RENTER'S INSURANCE, OR SECURITY DEPOSIT COVERAGE WITH THE FACILITY I AM RENTING FROM.

POEM: I LEFT MY HOUSE

I left my house and walked to the shore,

The white sand laced with seaweed,

And dotted with shells.

Hands in pockets and wind roaring in my ears,

I walked beside the talking water,

Rolling in and rolling out

Talking to me of faraway lands.

I was a boy and only knew of distant places

From books I had read, or from lessons

Being a boy, all was jumbled up in my head

Treasure Island side by side with

Sants and sinners lived "out there"

Somewhere across that water,

And, despite the efforts of the nuns,

I liked the sinners better,

Out in the bay a sometimes ship

Went by, going somewhere...out there,

and, on weekends, I could see

The white sails of pleasure craft as people enjoyed

A happy life I could only dream of.

Then, one day, I left my house.

I went out there

And met some sinners and some saints

While I was gone

My father left this world,

My mother left the house,

And I lost track of who I was.

Then, one day I came back.

The house was there, but, not my house.

And, I realized with sadness,

I had left my house for the last time.

A teenager recently died as the result of injuries sustained when he and his buddies took turns being the target while wearing a bulletproof vest.

Tragic, but points up a fact I've seen time and again in 3/4's of a century masquerading as a human.People will do stupid things. (Some) people (although I believe ALL of us sooner or later) will do (some) stupid things. Substitute "inane", "idiotic", "pointless", "poorly thought out", "what the HELL were you thinking?"... whatever fits your narrative and/or thought/belief patterns.Witness me, who's done a few myself... and, in one or two instances, lucky to still be here... or at least lucky to have all the original equipment... except for... well, that's another story.Anyway, I am sure that when cavemen Ohg, and Oog first learned to sharpen sticks and make them into weapons, there were a few self inflicted, or mutually inflicted, "test" wounds... some of which may have been fatal... either at the moment, or later, due to infections, etc.In fact, I've never been sure whether Cain intended to kill Abel, or if two brothers were having a game of "who can hit the other hardest with the rock"... an early version of "rock, paper, scissors".Point, or blunt instrument, is, we humans often try things without full knowledge of possibilities, or the consideration of consequences.This is sometimes the result of immaturity, lack of experience, failures (intentional or otherwise) in education, or simply due to the very human, "err now, repent at leisure" ethos... also known as "let's try it and see what happens"... a popular ploy with politicians.No sense blaming those who manufactured the tools used in the perpetration of the stupidity of the moment. We don't need to work on more effective bulletproof vests, rocks, papers, scissors, or less effective guns.We need to work on preparing our humans to function in a world that's been full of danger since temptation first appeared in the Garden of Eden... and, to me, that might be Eve, rather than the serpent.#people #experience 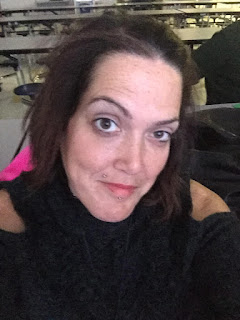 Not asking for condolences or anything like that. We knew it was coming and the worst part happened long before yesterday, when my stepdaughter of 28 years, since age 14, who called me her dad, and who asked me for her first puppy, finally died of liver failure at age 42.I write. That's who I am... a poet and essayist of sorts. I've kept writing during her passage through her various stages of physical and mental deterioration which culminated in an extremely difficult two hours in a sterile hospice room yesterday morning.Yet, I never wrote of her, or what she was/we were going through. Don't know that I ever will. I will have to wait and see if what Subi Nanthivarman calls the "writing genie" picks up that pen and places it in my hand, and maybe some words in my head.A twin, she, Ruth, was the artistic one, the Isadora Duncan of our place and time. In the 1920's she would have been a flapper, and it would have been bathtub hootch which hastened her demise, rather than the cardboard box wine that she couldn't stop buying, hiding, and drinking... and which destroyed her liver.Yet, she is the same young lady who was terrified to drive more than 25 miles per hour (40 kmh) or get more than half a meter from the curb when learning to drive, went through the boy crazy times of a teenage girl, and who aspired to a career as an opera singer... in later years croaking songs in a voice badly injured by time, alcohol, and cigarettes.She was also the girl, who, having decided to accept me as her "Dad", learned to sing "Ave Maria" and performed it for me at a high school recital as a surprise after learning how much I loved it.Other tales I could tell here, some sordid, some humorous, some heartwarming. She loved kids and dogs and cats and couldn't get enough of them. She loved the world the way she wished it was, and, even after becoming legally blind still helped her kids plant and tend flowers in front of the (much too) small house that she fought for tooth and nail... with the constant help of family and a vast army of strange friends of all persuasions.Not enough words, not enough time or space for someone like her.She was a terrible pain at times and now a terrible ache.Title of a story comes to mind, an old mystery by Raymond Chandler, Farewell, My Lovely...“I got up on my feet and went over to the bowl in the corner and threw cold water on my face. After a little while I felt a little better, but very little.”― Raymond Chandler, Farewell, My LovelySo long Ruth/Ruthie/Rufus... and to her sister's three kids...Auntie Ri Ri. It's been a ride and I still don't have the words.But, I guess the writing genie showed up after all. Thanks for the loan, Subi.Of course, she WOULD have to choose the 13th of the month, and her twin sister's 13th wedding anniversary for her exit.Always the center of attention.Ruth Joann Winters Baty (1980 - 2022)